The company has initially launched two models, the P Zero and the P One. Asim Pandey, co-founder of Yatri Motorcycle, said that the pre-order of the bike was opened as soon as it was made public.

The company has stated that the motorbike will be provided within 4 months of receiving the pre-order. Asim Pandey said that the price of the bike has gone up due to the use of powerful and sophisticated batteries. Another co-founder of the company, Batsal Pandey, said that passenger P Zero was their flagship model. “This is a model designed to show how much we can do in Nepal,” he said.

High-charge and high-discharge rapid charge technology is used in these motorcycles with lithium-ion batteries. From which the motorcycle is fully charged in 2 hours. In addition, the bike also has the facility of an onboard charger. This means you don’t even have to carry a separate charger.

“Currently, there are foreign bikes in the market that can cover a distance of 60 to 70 kilometers on a single charge. The price of such bikes is between four and four and a half lakh rupees,” says Asim.

He says that they have paid a lot of attention to the performance of the bike. The bike has its own navigation with 4G internet connectivity. This allows you to track charges even when you are away from the bike. The company will do the top-up of the data required for SIM and connectivity for Forge.

The design and development of the passenger motorcycle were started in December 2017 under the leadership of Asim Panda, co-founder of the company. Pandey completed his engineering studies in Automotive Design and Aerospace Structure and Materials from the Delph University of Technology in the Netherlands.

Asim gained experience in the automobile industry while building the GTORS sports car in the Netherlands in collaboration with German company Audi and Dutch company Domkar Vort. He was also involved in the research and development of Nepali technology.

Under his leadership, a team of 22 engineers is currently working to build a passenger motorcycle. For that, a factory has been set up in Chitwan. Stating that the bikes will be manufactured on the basis of pre-order, Pandey said that the target is to manufacture four thousand bikes within a year.

“Based on the market demand, we plan to gradually increase the capacity of the industry,” he said. “We have adopted world-class standards for this.” Although initially targeted at Nepal, the company aims to enter the global market in a year or two.

According to Batsal, Yatri is an exemplary effort to instill confidence in the new generation that something can be done in Nepal. “We hope that if Yatri is successful, Nepali youths working in big companies abroad will also be inspired to return to Nepal,” he said.

For this, a policy of giving subsidy and tax exemption to domestically produced electric vehicles is needed. ‘

The founders of Yatri Motorcycle are 31-year-old Asim and 35-year-old Batsal. Batsal graduated from the United States with a degree in business management. 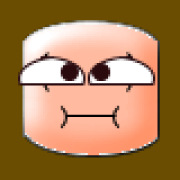