An app with a full online facility has been made public. After the success of Tootle and Pathao in Nepal, Business Growth Company has launched ‘Super App‘ as a multi-purpose app. The company has stated that the app has facilities ranging from ride sharing to online shopping. At present, only ride-sharing is in operation and other facilities will be added in the near future, said Shekhar Shrestha, chairman of the company.

The company claims that the ride-sharing service, which has become popular lately, can be availed in this app without internet and even SMS. The company aims to provide services not only in the Kathmandu Valley but also in other urban parts of the country.

The company has also announced to spend a few percent of its income on social services. For young people who have lost their jobs, ride-sharing services have become a fast-growing source of income.

Vishal GC, CEO of the company, said that the youth will get employment through ride-sharing and the service recipients will get cheap, reliable service and also save time. He claims that high-quality technology has been used in the app.

The company has stated that the Super App is becoming popular among riders and customers. According to the company, there are currently more than 15,000 users of the Super App and more than 5,000 vehicles connected. 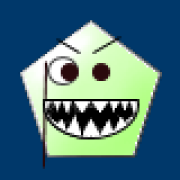 Mi 11 Launched With The Latest SD 888 Chip, Specs And Availability

About Mahabir Pun And His Contributionin In Technology Field In Nepal.