All know, 2021 coming and we had seen a lot of incredible performing smartphones like iPhone 12, Samsung Galaxy Note 20, OnePlus 8, and many more till late 2020. Unexpectedly Qualcomm launch the Snapdragon 888 flagship chipset rather than the successor of the Snapdragon 765 chipset. They said, “the number 8 has represented our premium tier for over a decade”. Sources claim this processor can defeat all other mobile processors. Let’s see whenever it’s coming on the smartphone and how it combat the new upcoming Apple A15 bionic chipset.

This processor is a 5nm chipset consists of a first-ever ARM Cortex-X1 performance CPU that works at 2.84GHz, three big Cortex-A78 that peaks at 2.4GHz, and four Cortex-A55 low power CPU that clocks at 1.8GHz. Qualcomm promise, this processor 25% way faster than its predecessor and 35% more effective graphics rendering than the previous generation. It means that definitely you will get a smooth experience of gaming.

The modem is necessary wherever it comes with connectivity. Comparing with SD 865 it comes with an X55 modem and SD 888 has the 3rd gen modem X60 which makes it faster. It also supports Wi-Fi 6 & 6E, NFC, and Bluetooth 5.2.

Talking about it images signal processing(ISP), comprises triple ISP which can capture 120 photos per sec of 12 Megapixel. It means that it operates 2.7 Gigapixel per sec. They claim it can also handle a maximum resolution of 4K at 60Hz, and quad HD+ resolution at 144Hz. If you seeking an android professional camera smartphone definitely this might your choice.

Nowadays, AI is improving in smartphones and comparing with Snapdragon 865 AI. It can process almost 2 times trillions of operations per sec(TOPS). Performance of CPU and GPU are ways more Better and faster than the previous generation chipset.

In which device we can see SD 888 chipset first?

This is not sure yet but rumors show it might be Xiaomi. We never know it’s might be another mobile company. 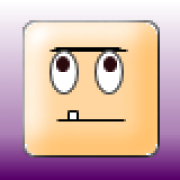 What is Bitcoin, Digital Currency?