Recently an Indian game FAUG has been sensational on the internet. nCore Games in collaboration with Akshay Kumar (Bollywood actor) is developing the game. After the ban of PUBG Mobile in India, this project has been in the limelight.

The pre-registration and beta testing have been stared and the craze among the gamers mostly in India and Nepal too is high. This game will be quite similar to PUBG so the concept is not much different. Although the game is in the highlight on market but there are few questions on our minds.

#1 Is the name  FAUG suitable?

Yes, the major question is “Is the name FAUG suitable” because clearly, the name means the military in the Hindi language so indirectly its seems that it is selling patriotism, especially for Indians. Obviously, Indians will be appreciating FAUG no matters it’s bad or good than other games.

#2 Will it is suitable for low-end devices?

The major question before its release is will it run on low-end devices? As a competitive game to PUBG, graphics shouldn’t be neglected in FAUG keeping graphics in mind it could be a heavy game or may not be. The majority of people use medium and low-end devices so hoping that the game doesn’t disappoint those users.

#3 Will it pulls the competitive streamers?

Competitive streamers from India like Scout, Mortal, Dynamo, etc. are also waiting for this game but the question is will they continue FAUG instead of PUBG. As we know their YouTube career is uplifted by PUBG but will they quit PUBG and Play FAUG for being patriotic. let’s see what happens.

#4 Will it be a worldwide hit?

Although the game is developing under Indian company adopting Indian name no doubt it is most awaited game in India(probably south Asian countries) but the question is “Will it be a massive hit in other western and middle eastern countries?”, “Is this game being waited there?” as we know PUBG is a massive worldwide hit game with a new theme and concept but this game will be similar to it so, it may not(it may too)attract the outsiders also. So, these are the few questions that are in our head regarding the upcoming game FAUG.

The game no doubt is the most awaited game in India and few other countries. To be honest its a patriotic challenge for PUBG by the Indian company to capture their Indian users. Let’s wait for the release of the game and see what the game has to offer us. 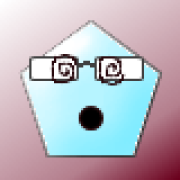